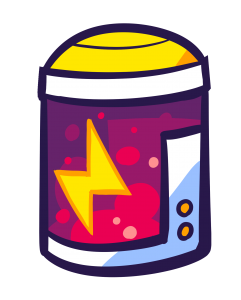 A popular method of storing and transferring potential energy, to be used as electricity, heat or force. It tastes like licking a 9-volt battery and often comes packaged in disposable fuel cells. The artificial planet Photuris is built around a massive bank of power juice. 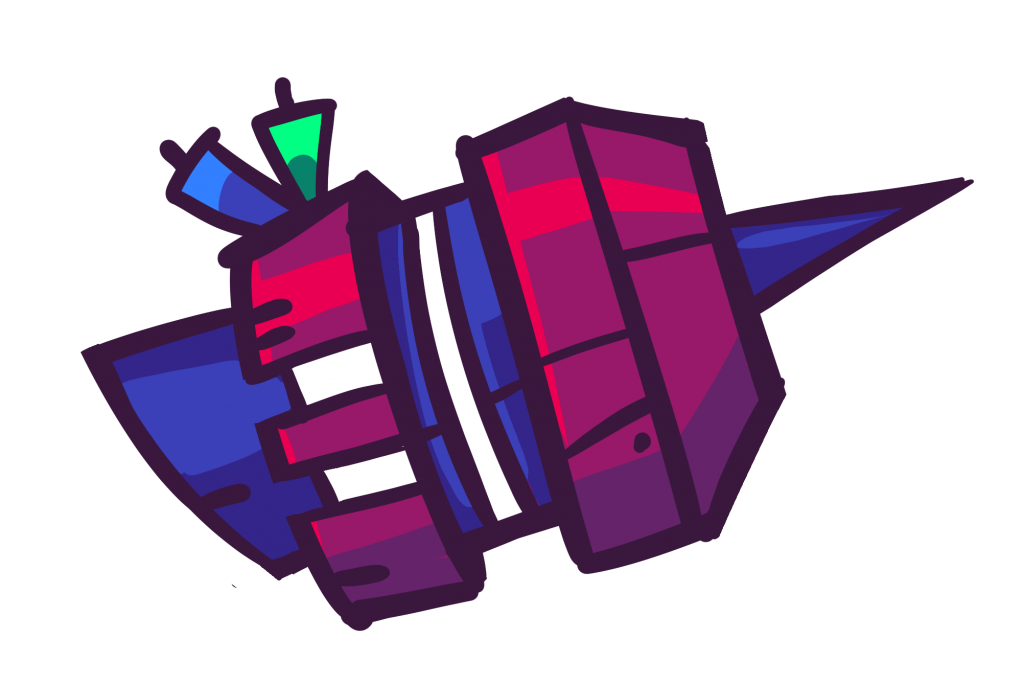 In the Morpho nebula, because planets are so small, everyday interstellar travel has been a fact of being since just after fireworks were invented. Today’s rockets are much more efficient than the early ones and don’t require turning planets into apple cores. They take juice as fuel. 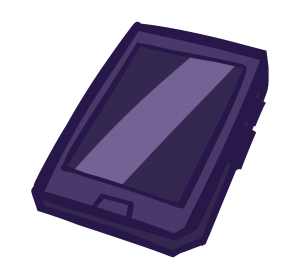 The handheld personal computers used by biotes to access the internet. Most are equipped with microphones and cameras. They connect to cell satellites which communicate with each other by laser. It takes a signal a little over a tenth of a second to get from the remote planet Electrum to Vulgaris Alpha at the opposite end of the nebula.

A versatile hacking tool invented by pirates for self-administration by synths. It attaches to a synth’s antenna and seems to create a sort of wireless feedback loop. There’s an underground subculture that revolves around writing elaborate and artistic jammer programs.